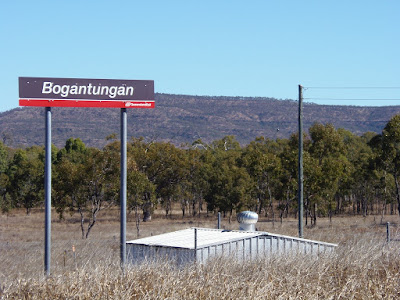 This trip has been characterized with a struggle to find new and interesting places to describe since I have generally found myself in a familiar purlieu or in small communities that had become mediocre in my opinion. It was refreshing therefore to stumble upon Bogantungan a now minuscule speck on the Capricorn Highway about 930k west of Brisbane.
When the railway headed west from Rockhampton, there was a need to establish towns at the head of line.These towns were only intended to service the work of the crews laying the rails, but some have lasted over a century, Bogantungan was one of these. A Post Office opened on 8 July 1881 and it grew to become a town of some thousands of people, with around 30 hotels. Most of the town disappeared after the line moved on, and the Post Office closed in 1982. Today all that remains are a few houses,  only one of which is now occupied, as far as I know and  the old railway station beside which basic free camping is allowed. 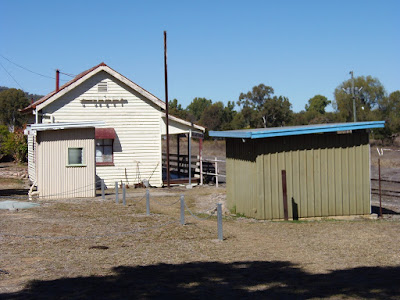 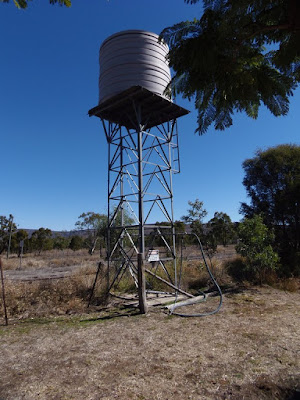 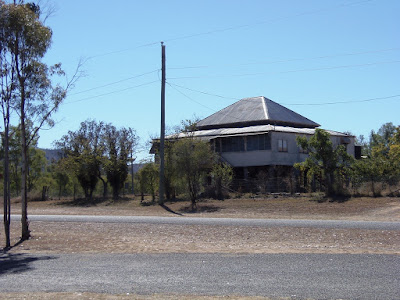 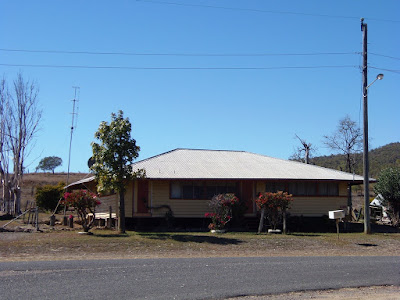 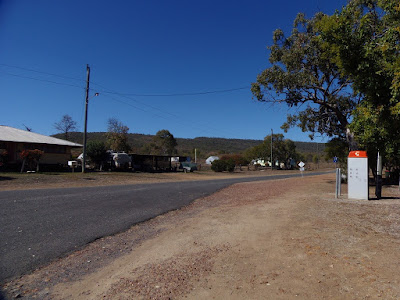 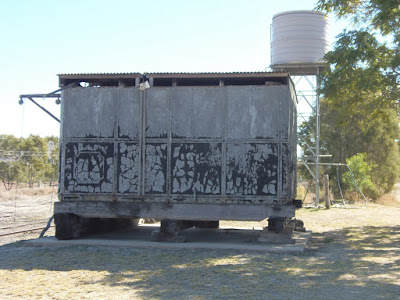 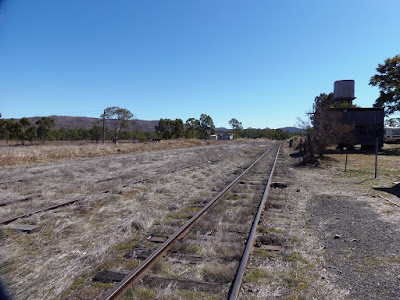 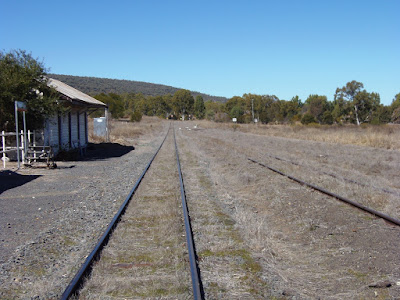 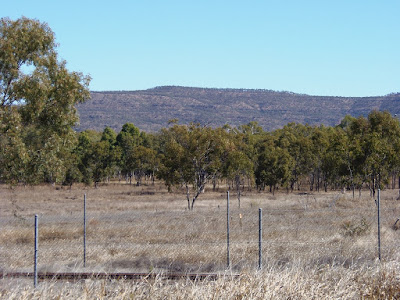 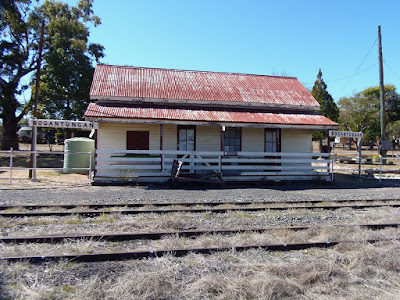 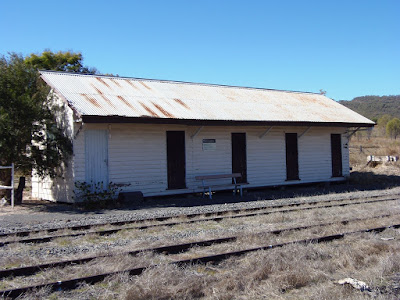 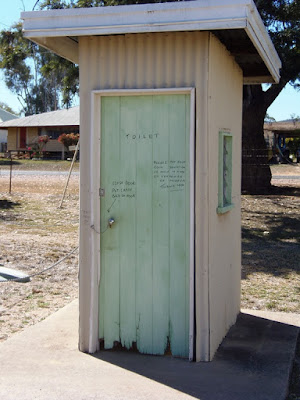 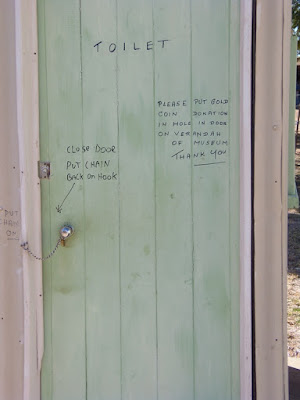 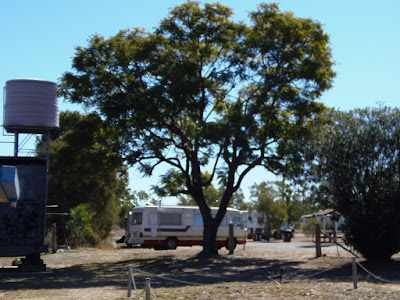 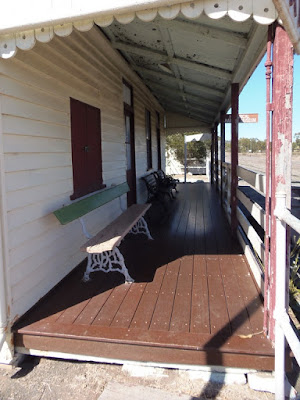 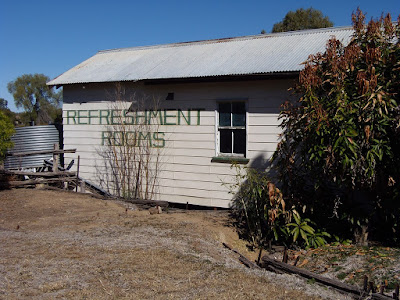 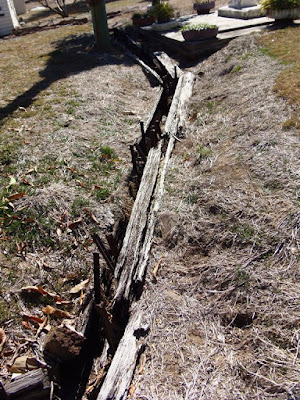 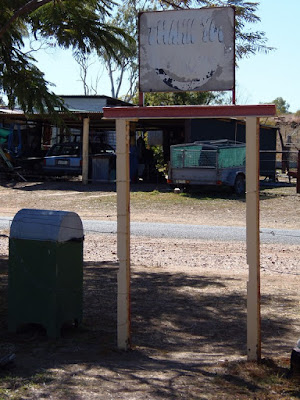 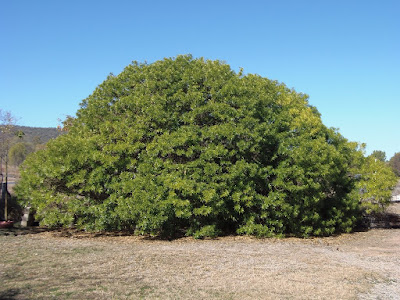 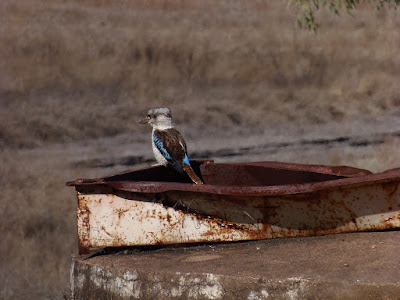 It wasn't until during an exploration of the Railway Station that I discovered that Bogantungan possessed the notoriety of being close to the location of one of Queensland's worst rail disasters. It happened on 26 February 1960, when the Midlander passenger train, heading east to Rockhampton, passed over the flooded Medway Creek, just west of the town when the bridge collapsed after an uprooted gum tree (estimated to weigh 12 tonnes) struck and dislodged one of the pylons as it was swept downstream by flood waters. The leading engine made it across the bridge and derailed on the other side, however, the C class second engine, the power van, and three passenger sleeping cars fell 7.6 meters into the Creek killing 7 and injuring 43. Four  passengers died, including 2 young children,
with the other fatalities being three train crewmen. 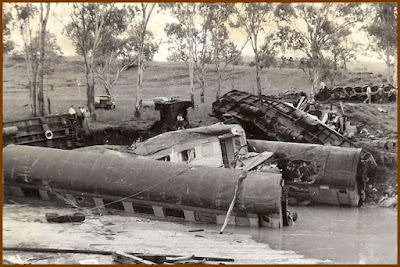 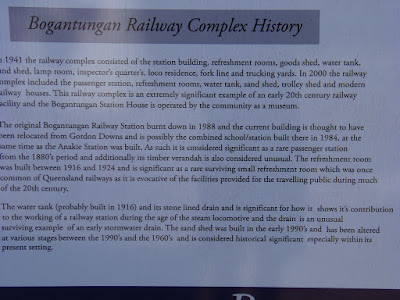 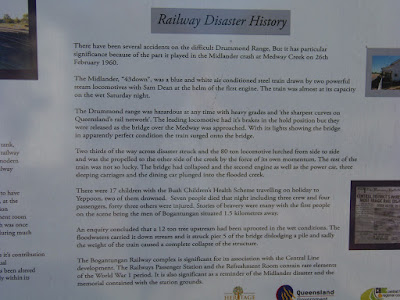 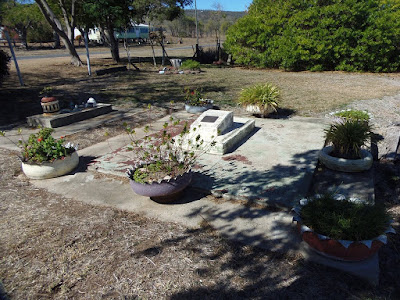 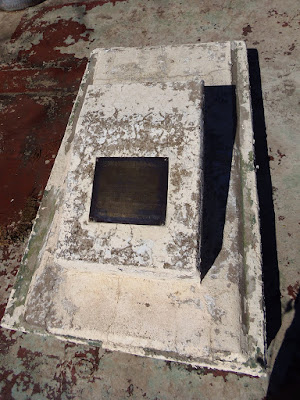 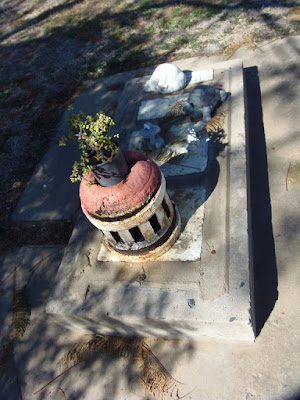 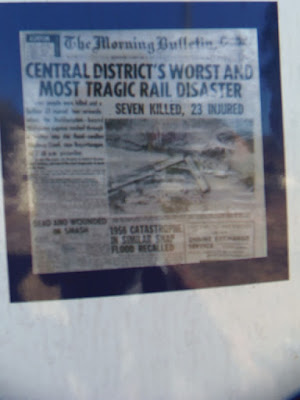